Catriona Campbell, an artificial intelligence specialist, discussed the idea that synthetic babies are more acceptable in society due to overpopulation issues in her new book “AI by Design: A Plan for Living with Artificial Intelligence”.

According to TOO FAB, Campbell coined the term “Tamagotchi Generation” to describe how technology would evolve to the point where infants will live in the metaverse within the next 50 years. “I can see virtual children becoming an accepted and fully recognized component of society in most of the developed world as the metaverse progresses,” she said.

Parents will be able to feel real touch, like holding their virtual babies, thanks to tactile technologies, gloves, and clothes that offer tactile input, according to Campbell. Virtual babies will also exhibit facial expressions comparable to those of real babies.

“Assuming there is enough customer demand, as I believe there will be, children with artificial intelligence will become readily available for a relatively low monthly fee.” Make no mistake: if this shift occurs, it will be a technological tipping point that, if properly controlled, could help us address some of today’s most critical concerns, such as overpopulation. 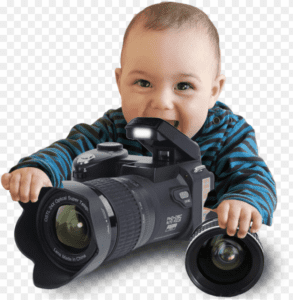 Parents can also experience that their virtual children go through life stages or freeze them at any age. Children will also be able to develop cognitively and emotionally as they “grow up”. For example, digital babies will be able to speak by responding to parents based on facial recognition and speech analysis.

“We are already well on our way to creating the Tamagotchi generation that will, for all intents and purposes, be ‘real’ to their parents. Based on the fact that consumer demand is there, and I think it will be, children with artificial intelligence will become widely available for a relatively small monthly fee. “

A New Zealand based company called Soul Machines already came up with the idea as part of the “BabyX” project.

“More than seven years ago, Soul Machines pioneered research to advance human-machine collaboration by taking a radically different approach. By combining models of physiology, cognition and emotion with advanced realistic CGI, we set out to create a new form of bio-inspired AI. BabyX was our first development prototype designed as both a standalone research project and an expandable base to power commercial IT agents.

It allows us to explore human cooperation with machines and the basis for creating a digital consciousness. BabyX was designed for research and “she” allows Soul Machines not only to explore patterns of human behavior, but also to create autonomous digital beings.

BabyX provides a foundation from which we learn, experiment and continue to develop the world’s first end-to-end solution for dynamically creating, teaching, managing and delivering digital people,” their website reads.