Morocco culture is a mix of ethnic heritage and religion, inspired by Berbers, Africans, Arabs, and Jews. Berbers and Arabs make up the majority of the population, with Amazigh speakers accounting for at least 30% of the population.

The country has three age levels. The former has children aged between 0 and 14 and constitutes 27.8% of the population. The second age level is made up of people between 15 and 64 years of age66. 1 percent. However, The third structure is 65 years old and over which it constitutes 6.1 percent. 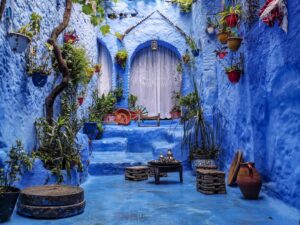 The country has three ethnic groups. The largest ethnic group is the Arab-Berber with 99.1%, followed by another group that has people other than Arab-Berber and Jews who make up 0.7%; the smallest is the Jew who constitutes 0.2% of the total population. The country also has several religions, the largest is Islam, Muslims make up 99%, Christianity follows with 1%, and Jews with about 6,000 people.

What You Should Know about Languages in Morocco

The official language spoken in Morocco is Arabic. The French and Berber dialects are often used in government, business and diplomacy. Ethnicities tolerate each other in a moderate Muslim country.

What is the main economy of Morocco 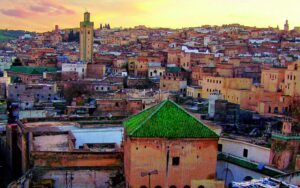 Morocco is an important contributor to African economic affairs and is among the African countries with strong economies. The country grows some of its food for local consumption. However, as it has semi-arid climatic conditions, agriculture is unreliable, so the country relies on importing food. The Moroccan diet is Mediterranean and consists mainly of fruits, grains, and vegetables. People don’t eat a lot of animal foods.

Those in urban areas eat foods rich in sugar and fat due to westernization which has led Moroccan citizens to change their eating habits from organic to fast food. Consequently, obesity is prevalent in urban areas. Housing in Morocco is relatively good because 83% of the population is in urban areas and 69% live in improved areas with clean drinking water and adequate sanitation.

The country faces challenges in education due to high levels of illiteracy even though primary school is compulsory. The health sector is unable to take care of the population efficiently because there are inadequate doctors and beds in health facilities. Inequality in the health sector is a big problem in Morocco. High levels of unemployment and corruption among young people are a major problem in the country.

The country has many tourist attractions. Furthermore, the country has a rich cultural and artistic heritage. Places like the cities of Casablanca, Marrakech and Fes are important tourist attraction sites due to their beautiful beaches, hotels, bazaars and medinas, among others. Another attraction is Asilah, a historic site with intricate designs made by Moroccan artists. Art in the form of ornate pottery, beautiful mosaics and intricate carpets are readily available for purchase.

What festivals are celebrated in Morocco 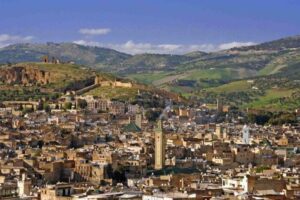 In addition, the country has an international film festival. Finally, the people are warm and hospitable, so the country attracts a large number of visitors every year.