What are Nigeria’s terrible expectations for 2023?

What are Nigeria’s terrible expectations for 2023? This is a question that everyone asks.

One could ponder how Nigeria came to be from 1914 to 1960! Historians may have recorded how Nigeria got to be a sovereign nation with a diverse cultural and religious population. This might explain why the country’s progress has been so gradual.

To those who battled for its freedom, this country would have put aside all ethnic and religious impulses that prohibit any sort of growth from flourishing.

Nigeria is not alone; even the gigantic India experienced the same blunder, but their drive to grow their economy was successful because of their embrace of togetherness. India has a population of over a billion people, second only to China. 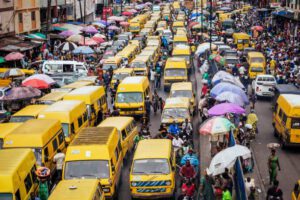 Pakistan and Bangladesh were formerly one country, yet against all challenges, Pakistan is promoting its growth. They, too, are preoccupied with the political ill of tribal and religious intolerance and divide-and-rule methods. This has been the case since Pakistan’s independence from India in 1967, and Bangladesh’s independence from Pakistan in 1971! Britain, our colonial overlords, colonized India, but India’s independence was violent, whereas Nigeria’s was calm, but a time bomb hid beneath.

This is what we see now, one hundred years after colonizing Nigeria, our claimed goal and desire, from 1914 to 2014. President Muhammadu Buhari of the All Progressives Congress (APC) is to blame for what is now happening in Nigeria. No, this has been going on from 1963–1967, and 1979–1984 respectively.

You may recall the political turmoil of 1966, when certain unhappy groups overthrew the First Republic and enshrined their own people to impose military dictatorship on Nigeria. Fortunately, the then-brave troops of 1967–75 demolished it, and General Yakubu Gowon became the new head of state.

Also Read; Do you think Buhari will stick to his word and support Tinubu’s presidential bid? 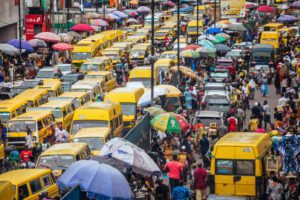 Despite the fact that Gowon is a Christian, every area of Nigeria was delighted and accepted the aforementioned military General with all seriousness of purpose, with the exception of the then South-east, which contained one ethnic group that masterminded Nigeria’s first coup.

It’s strange that individuals who call themselves “members contributing chaos” are still looking for their own nationhood. They are now killing their perceived enemies, Hausa-Fulani, in their zone, anticipating retaliation from the north, despite the worst that their related friends in Nigeria’s north-east and north-west have experienced.

It is important to note that Nigeria’s political problems have existed from the country’s democratic inception in 1960 and continued until 1984. When the 1979 election came around, those who did not receive the mandate of 1983 conspired with outside forces to remove such ego in order to run a genuine democracy, and we all know it was all done to appease those who wanted to dominate our economy from outside our shores.

Nigeria is no failed state as presumed by our internal foes that connived with the external foes. Nigerians seeking their own nationhood should enquire why British government has refused the Irish movement to get their own. Similarly, today there are many states in America agitating to have their own nations.

Could Wajackoyah's Case Be the Same With Peter Obi?...
Editorial