According to Nso ‘oral history, Ngonnso’ founded the kingdom of Nso ‘after a brutal conflict with his two brothers. In his honor, the statue of Ngonnso made as a “symbol of peace and hope” but was stolen by the German colonizers. 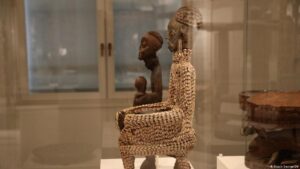 The Ngonnso statue is a female goddess statue stolen from the ancient kingdom of Nso ‘in northwestern Cameroon. Brought to Germany in 1903 and donated to the Ethnological Museum in Berlin by the German colonial officer Kurt von Pavel.

On June 27, the Prussian Foundation for Cultural Heritage (Stiftung Preußischer Kulturbesitz ((SPK)), a German government organization that manages 27 German museums and cultural organizations, announced that it will return the statue to Cameroon to demand the return of the stolen artifacts. in the possession of the former colonial forces continues to gain momentum. 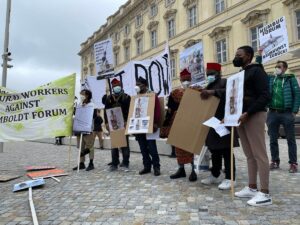 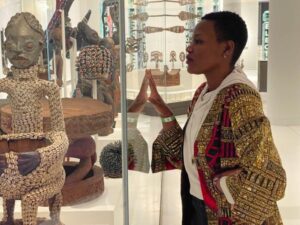 Cameroon was a colony of Germany from 1884 to 1916. In a statement by the SPK, the president of the foundation, Hermann Parzinger also said: “The decision makes it clear that the issue of returning collectibles from colonial contexts is not only a question of a context of injustice. The special, especially spiritual, meaning of an object for the society of origin can justify its return. ”

Reacting to the return, cultural activist Sylvie Njobati, who has been campaigning for the statue’s return from 2021 through a civil society initiative, “Bring Back Ngonnso,” spoke to The Republic. He said: “The return is long overdue. It has been nearly 30 years since the restitution request efforts made by several Nso ‘people. This decision by the SPK to return Ngonnso ‘is very timely. Planned and we are very happy that the return is finally happening. 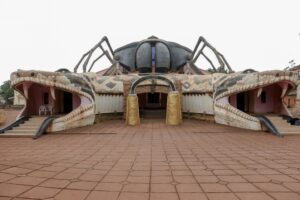 However, it is a process and what I want is that the process does not take unnecessarily longer than we would like it to be. ‘

Today there is an armed conflict between the Anglophone and Francophone regions of Cameroon. Njobati says the Nso ‘people believe that Ngonnso’s return will restore the peace and calm that existed before the conflict. We also believe Ngonnso’s return is an awakening of hope. It’s a new dawn, we feel like a whole new people all together.

Mbinglo Gilles Yumo Nyuydzewira, a prince of the Nso kingdom, also told Reuters the news was warmly received in Cameroon. “After more than 120 years, we can only remain happy because it is a time to commemorate and draw closer to our ancestral ties with love and unity.”