Morocco’s offer for autonomy for Western Sahara is serious and genuine, the Netherlands said on Wednesday, aligning itself with Rabat’s position on the disputed area, where the Algeria-backed Polisario Front demands independence.

The Netherlands said it backed UN efforts to establish a “fair, enduring, and mutually acceptable settlement” in a joint statement with Morocco following a meeting of their foreign ministers in Rabat.

The Netherlands has joined an increasing number of Western, Arab, and African countries in endorsing Morocco’s 2007 autonomy plan as a means of ending the decades-long war. 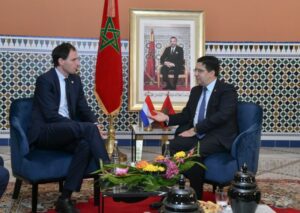 Morocco, which claims Western Sahara as its own, has ruled the area since the colonial power Spain left in the mid-1970s and believes the best it can provide is an autonomy under Moroccan sovereignty.

Its fight with the Polisario was put on hold in 1991 when the United Nations-brokered a truce that included a proposal for a vote on the territory’s independence.

The United Nations, on the other hand, has ceased referring to the referendum as an option, instead urging sides to demonstrate flexibility and strive toward a “mutually acceptable settlement.”

Though there has been little sign of severe fighting, the Polisario said in late 2020 that it was renewing its armed battle.

Morocco has been gathering support for its autonomy plan from western countries, since the United States recognized Rabat’s sovereignty over the territory in 2020.

The National Emergency Management Agency (NEMA) and the Disaster...
Health

A medical officer and a nursing officer have been...
Health

The World Health Organization (WHO) expects to see more...