World Food Safety Day 2022: Everything You Need to Know

A report from the World Health Organization (WHO) states that globally, one in ten people suffer foodborne illnesses every year. While safe food is an indicator of good health, unsafe food can cause many diseases.

Additionally, It is to spread the message that food should remain safe at every stage: from production to harvest, processing, storage, distribution, preparation, and consumption. 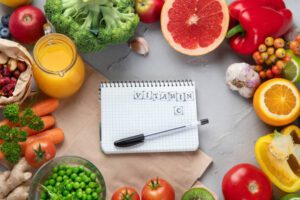 When is World Food Safety Day?

It is celebrated globally on June 7 each year according to the WHO.

WHO announced the theme of World Food Safety Day in March. This year’s theme is “Safer Food, Better Health”. WHO has also launched a campaign to inspire global participation.

World Environment Day 2022: beauty changes that will help you save the planet

World Food Safety Day aims to transform food systems to deliver better health sustainably and prevent foodborne diseases. This day also offers an opportunity to step up efforts to ensure the food we eat is safe and reduce the burden of foodborne illness globally.

This year’s theme is “Safer Food, Better Health”, which aims to emphasize the role of safe and nutritious food in ensuring human health and well-being.

It is celebrated yearly and dedicated to spreading awareness on the risks of food origin and improving human health through an informed diet. The United Nations General Assembly (UNGA) established World Food Safety Day in 2018 to raise awareness of this important issue.

Here are five things to know about the day

The liver plays a crucial role in the body's...
Health

The National Health Insurance Scheme was created with the...