The Anambra State government has demolished the Mountain of Holy Ghost Intervention and Deliverance Ministry led by controversial Prophet Chukwuemeka Ohanaemere, a.k.a ‘Odumeje’ in the commercial city of Onitsha.

This was in line with the Onitsha Urban Renewal Plan spearheaded by Governor Charles Soludo.

The structure was said to be erected along Nwagene stream and had to be removed for the actualisation of the Onitsha Urban Renewal Plan.

A viral footage on social media shows the moment Armed Taskforce officials manhandled the prophet as he attempted to stop the demolition exercise.

Prophet Odumeje is quite synonymous with controversy. He is currently trending for for an alleged deportation of over 80 Nigerians from Indonesia for spraying cash during his visit.

This rumour he later denied, pointing out that the videos and pictures presented we’re old pictures and video aimed at pulling him down.

Also Read: Today in History: MKO Abiola Passed Away at The Age of 60

Amazing Facts You May Not Know About Prophet Odumeje 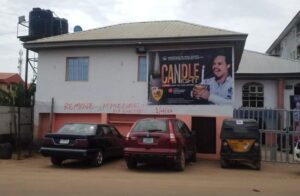 Gov. Chukwuma Soludo of Anambra has charged the state...
Anambra

The All Progressives Grand Alliance (APGA) in Anambra state...