Due in part to its history of settlement and colonization, as well as its location on the coast, South African cuisine has many influences including Dutch, French, Malay and indigenous cultures. 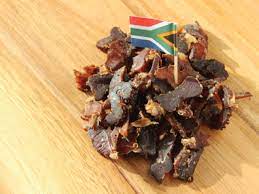 Arguably the most loved South African snack, biltong is a dried, cured and spiced meat. While not as sweet, biltong and American jerky share some similarities. Beef biltong remains a favorite, but venison biltong is also popular. 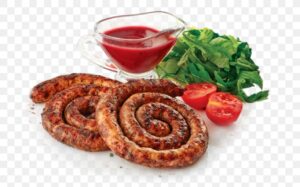 Boerewors (translated as “farmer’s sausage”), a type of sausage made from ground beef, must have at least 90% meat to qualify as a boerewors. The ground blend contains spices such as coriander, cloves, and nutmeg and has a very distinct flavor. However, many locals like to make their own boerewors, and it’s guaranteed to be one of the meats served in a braai.

Also Read: Why is food security a problem on a resource-rich continent like Africa? 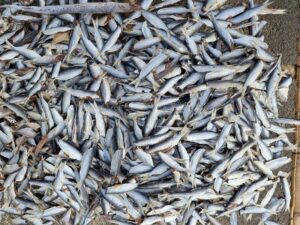 While not everyone’s taste, bokkom hails from the West Coast region of South Africa. Dried in the sun and in the wind, the small, whole mullets are then salted. Most eat dried fish, often called fish biltong, as a snack, but also can also be used in pasta, soups, and more. 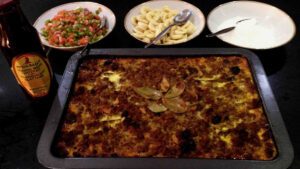 Bobotie, a dinner favorite, consists of spiced ground beef, an egg-based topping, and traditional raisins or sultanas that are added to the mixture. The dish also has a sweet flavor, a Cape Malay influence and includes curry, turmeric and often almonds. 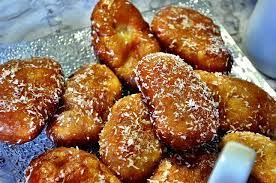 This tasty tea time treat is achieved by frying pieces of pleated dough, koeksisters get even sweeter after adding a sugary syrup. However, They have a crisp, golden crust, a soft donut-shaped center, and are super sticky. The Cape Malay version, compared to the more common sweet version, is rolled in dried coconut, and has a slightly spicy flavor. 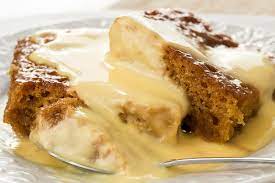 The malva pudding, of Cape Dutch origin, contains apricot jam, is sassy, and has a spongy texture with a caramel flavor. Once out of the oven, the cooker adds a cream-based sauce to the pudding. This results in a sticky and soft yet cake-like dessert. A favorite among South Africans, it is normally served with warm custard or vanilla ice cream. 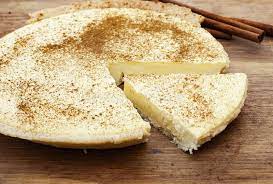 It’s rare to meet a South African who says he doesn’t like this traditional dish. Milktart (Afrikaans “melktert”) is a cake-like dessert consisting of a sweet pastry crust and a creamy filling made from milk, flour, sugar, and eggs. It can be bought whole in most supermarkets, and almost every family has their own secret recipe. 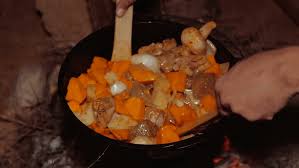 South Africans cook potjiekos (or pot food) in a round cast iron pot over an open fire. Traditionally made with meat and vegetables, modern variations have also become popular. Making potjiekos is a simple and sociable way of cooking for a large group of people. 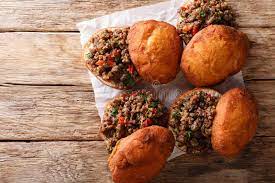 Popular in Afrikaner cuisine, vetkoek is basically fried bread. The word means “fat pie” and is similar to Dutch oliebollen. It can be accompanied by sweet or savory toppings such as chopped curries and chutneys. 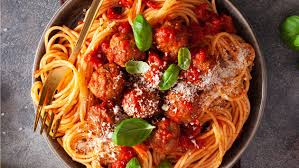 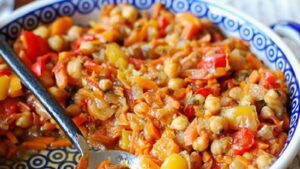 Chakalaka combines vegetables such as peppers, onions, carrots and tomatoes in a usually spicy dressing. Often served in braais to accompany side dishes such as pap (similar to polenta but more velvety), it also goes very well with boerewors.

Calabar beans are indigenous to the Efik people of...
Food

How true is this? does coffee really cause weight...
Food

Best Way to Make and Use Honey Powder

Honey is high in natural sugar as well as...
Food

Anambra is on the top of the list of...