Share
Facebook
Twitter
Pinterest
WhatsApp
Hausa (هَوْسَ), also known as Abakwariga, Habe, Haoussa, Hausawa, Kado, and Mgbakpa, belongs to the West Chadic branch of the Afro-Asiatic language family.
It is one of the largest languages on the African continent, spoken as a first language by the original Hausa people and by people of Fula ancestry. Hausa is the majority language of much of northern Nigeria and the neighboring Republic of Niger.
In addition, there is a sizable Hausa-speaking community in Sudan, dating from the British takeover of northern Nigeria at the turn of the 20th century.
The most important indigenous lingua franca in West and Central Africa, spoken as a first or second language in Nigeria and Niger, native Hausa speakers exceed 70 million, and non-native speakers who use it as a second language is likely to be between 40 and 50 million on a conservative estimate.
It belongs to the Western branch of the Chadic language superfamily within the Afro-Asiatic language phylum. In parts of West Africa, it is the lingua franca for Muslim communities. A sizable Hausa community may be in every city in West Africa, regardless of its size. In trade, government, and the media, Hausa is spoken. While higher education in northern Nigeria is predominantly in English, Hausa is the principal language of instruction. 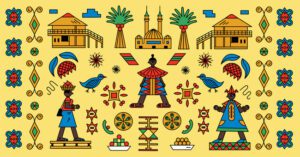 Hausa is long written using a modified Arabic alphabet called ajami. Since about 1912, It has also been written in a standardized orthography called boko, originally meaning “sham” or “deceit,” that is based on the Latin alphabet (with the addition of modified letters that represent glottalized consonants).
This Latin-based orthography is now for education, newspapers, books, and other general purposes.
Hausa morphology is characterized by complex alternations of sound and tone sequences. Like other Afro-Asiatic languages, Hausa has a rich “root and pattern” system in which “patterns” of vowels are interlaced with and provide specific meanings for consonantal “roots” (denoted by the Square root of√ symbol) that indicate a general concept.
It is recognized as an indigenous national language in the constitutions of both Nigeria and Niger. So-called Standard Hausa is based on the pan-dialectal koine of Kano (Nigeria), which is the biggest commercial centre in Hausaland. 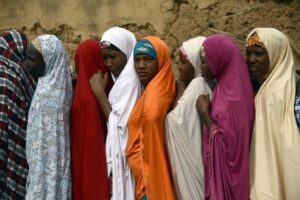 There are two major dialect areas:
The northwestern area, comprising most of the dialects spoken in Niger (Kurfeyanci around Filinguey, Aderanci around Tahoua, Arewanci around Dogondouchi, Tibiranci around Maradi, and Damagaranci around Zinder) plus those of Sokoto (Sakkwatanci) and Katsina (Katsinanci) in Nigeria.
The eastern area, with Kano (Kananci), Zaria (Zazzanci), and Bauchi (Guddiranci) as prominent urban agglomerations with their own dialectal variants.
Dialectal variation, however, does not impede mutual intelligibility across the whole of Hausaland.
Serious linguistic research on the language began in the mid-19th century with the works of the German missionary J.F. Schön.
Also Read: Brief History of Idemili in Igbo land
Hausa has taught outside Africa since 1885, when the first course offered in Berlin. Today Hausa is taught on a regular basis throughout the world, mainly at universities that have a department specializing in African languages.
An early milestone in the studies was the 1934 publication of a dictionary compil by the Rev. G.P. Bargery; it had about 40,000 entries and demonstrated the remarkable number of loanwords from Arabic, Kanuri (a Nilo-Saharan language), and Tamajaq (the Amazigh language spoken by the Tuareg).
Since the colonial period, English (in Nigeria) and French (in Niger) have competed with Arabic as major sources of Hausa lexical innovation.