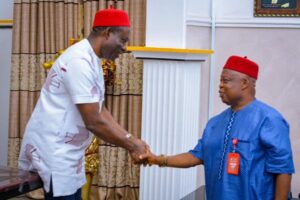 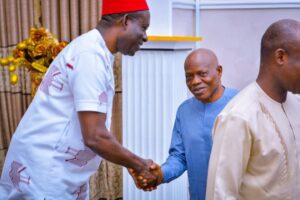 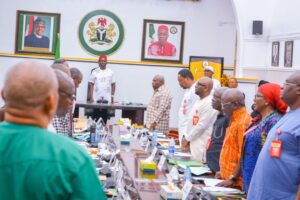 They bring the total number of Special Advisers in Soludo’s cabinet to eight.

The Swearing-in ceremony is in accordance with the constitution of the Federal Republic of Nigeria following their appointment by the Governor, last Friday.

Formally welcoming the Special Advisers, Governor Soludo said that their appointment is a call to duty with ‘Project Anambra’ in mind, stating that it is expected of members of ANSEC, to contribute in every way they can to make the state liveable and prosperous.

While calling on them to promote rendering of service above self, the Governor who also stressed that the position they occupy is a competitive space, asked them to feel free to advice on anything that will help the advancement of the government of the day, expressing optimism that Anambra must win at the end.

The Solicitor General of the State performed the administration of the oath of office and oath of allegiance ceremony.