The history of Onitsha Ado N’idu is believed to have begun with the departure of its inhabitants from the Benin Empire towards the end of the 16th century as a result of the Islamic movement from North Africa unleashing a wave of discontent, violence, and displacement.

According to one account, they got the name Onitsha, a corruption of Orisha Udo, when passing through the fringes of Ile-Ife.

Another account claims that their move to the Niger Valley was caused by a disagreement between the Onitsha family and Oba Esigie (1404-1550) over the Oba’s slighting of their shrine, Udo.

According to folklore, it was usual for a newly seated Oba to pay honour to all of the Benin Kingdom’s significant shrines by sacrificing a cow in the shrine area. However, Oba Esigie is claimed to have refused to do so at the Onitsha people’s Udo-Shrine, resulting in a fight and a movement down to and across the River Niger.

Ukpabi disagrees with Oba Esigie’s perspective, claiming that the misunderstanding and migration were caused by “a struggle over lands.” These additional individuals began to compete for farmland with the others, and interest began to grow. And, as a result of the rivalry, the two brothers decided to go their own ways. ‘I shall now leave you, I’m heading to Ado N’Idu,’ one said. The word ‘ado’ signifies ‘boundary.’ ‘I’m going to leave you and go find a place to live on my own.’ ‘I’m not going to be with you anymore.’ That is the problem. As a result, the two brothers had to split up.” 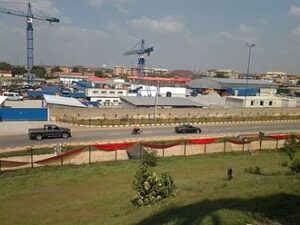 The Igalas are supposed to have assisted immigrant settlers from Benin in crossing the river and settling at Onitsha, which was formerly known as Ado N’Idu, in the 16th century. It was soon the seat of an Igbo kingdom. In 1857, British palm oil traders established a permanent station in the city, and Christian missionaries, led by Bishop Samuel Ajayi Crowther (a Yoruba) and Reverend John Taylor, soon followed (an Igbo).

Onitsha was proclaimed a British protectorate in 1884. Through the river port of Onitsha, the British colonial authority and Christian missionaries entered much of Igboland to establish their administration, schools, and churches.

In the mid-1850s, Onitsha became an important commercial port for the Royal Niger Company. The commerce in palm kernels and other cash crops developed around this river port once slavery ended. Immigrants from the hinterlands, as well as British businessmen who established there and coordinated the palm oil and cash crop trade, were lured to the burgeoning boom town.

Artifacts from the colonial era and post-colonial architectural miracles 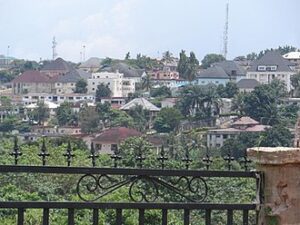 Named after the white colonial masters who first settled in Onitsha. Even now, white colonial style buildings, like as those seen in Yaba, Ebute Metta, and Central Lagos, may be seen coexisting alongside modern construction on these streets.

To replace the bridge crossing, a bridge erected across the Niger River in 1965. The construction of the Second Niger Bridge is supposed to be starting today.

Onitsha is divided into three categories. The Edos, the Ezechima’s squad, is the first. Igalas is the second. By the time the Onitsha people arrived, they were the people who were fishing on the Niger. The third group is the Igbos, who live in close proximity to the Niger and have assimilated with them. What is presently known as Onitsha is made up of these three groups.

Their tradition is blended with the three peoples, first the Edos, and second the Igalas. In fact, in the past, there were some villages in Onitsha that spoke Igala. And they are made up of two villages. They are still in Onitsha. Onitsha has nine villages. Two out of the nine are purely the Igalas: Ogbodu and Obigboru. So, that is how Onitsha people came to be.

The ones with Edo influence are the monarchy itself. That’s Eze Chima, that is the ruling village. There are four in number. Umueze Aroli, Okebunabu (which include Umudei and Ogbabu) and Olosi. The present Obi of Onitsha, Igwe Achebe is the 21st Obi of Onitsha.

How many LGA are there in Onitsha

The city is split into two local government areas, Onitsha South and Onitsha North. Both areas are bound by Ogbaru local government to the south, Idemili North and Oyi to the east, and Anambra East to the north.

The immigrant settlers from Benin helped by the Igalas to cross the river to settle in Onitsha in the 16th century, which was originally called Ado N’Idu. Following the abolition of slavery in the early 19th century, trade in palm kernels and other cash crops boomed around this river port.

How many towns are in Onitsha South

Fegge is the only town in Onitsha South LGA.

You could be wondering where ogbono (Irvingia) seeds/kernel comes...