Lung cancer: Causes, Symptoms and Everything you Need to Know The main types of lung cancer are NSCLC and SCLC.

They differ in the size of cells, as seen under a microscope.

Also Read: What You Should Know about throat cancer

People with lung cancer may not have any symptoms until a later stage. If lung cancer signs do appear, they can resemble those of a respiratory infection.

Some possible symptoms include:

In time, a person may also experience more severe symptoms, such as:

There are over 200 types of cancer, and cancer with the deadliest reputation is lung cancer. People who smoke have the greatest risk of developing lung cancer, although it can also occur in people who have never smoked.

The disease rarely produces warning signs in the early stages, so it is more difficult to detect it at a time when it is still manageable. When more worrying symptoms appear, such as recurrent pneumonia or bronchitis, cancer has likely already spread.

However, there are some signs and symptoms that may indicate that a tumor is putting pressure on your heart. According to experts, this lesser-known sign of the potentially deadly disease is heart palpitations.

According to the European Cardiology Review (ECR), palpitations are a common occurrence in people with cancer. It could happen to the lungs putting pressure on the heart. However, palpitations don’t necessarily imply that you have lung cancer. Stress, exercise, medications, and many other temporary factors can also lead to this feeling of having a fast, fluttering, or pounding heart.

What are the causes? 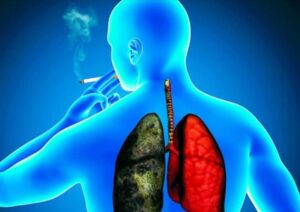 Lung cancer occurs when a carcinogen triggers the growth of abnormal cells in the lung. In most cases of lung cancer, the carcinogen (agent capable of causing cancer) that promotes tumor growth is cigarette smoke.

Cigarette smoking is the main cause, accounting for 80 to 90 percent of all cases. Although It is generally not hereditary, specific non-hereditary mutations can cause some people to develop this cancer.

Also Read: What to know about breast cancer

Radon exposure is the second leading cause, followed by exposure to toxic chemicals. It is important to see your doctor if symptoms associated with the disease develop.

Lung cancer screening is the best hope for contracting the disease before it is too late to cure it. 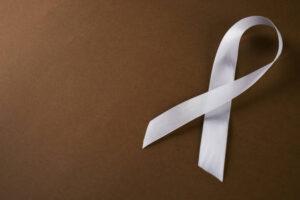 As the cancer progresses, it can cause several complications. This may be due to side effects associated with certain cancer treatments or the spread of cancer to other parts of the body.

Some possible complications include:

Tumors around the upper area of the right lung can obstruct blood flow through the superior vena cava, a large vein that carries blood from the upper body to the heart. This can lead to superior vena cava syndrome, a condition that causes facial swelling, dizziness, and loss of consciousness.

It can spread to other parts of the body, including the brain, bones, and adrenal glands. This is more common with the advanced stage.

People with lung cancer are at an increased risk of lung infections, such as pneumonia or bronchitis, due to reduced immune function, which can be the result of the cancer itself or some cancer treatments, such as chemotherapy.

Also Read: Breast Self-Exam: How to Do It and What to Look For

Although rare, It can spread to the heart and can compress or clog veins and arteries. This can cause problems such as fluid buildup, heart block, arrhythmias, or heart attack.

People with It have an increased risk of deep vein thrombosis, which occurs when a blood clot forms in a deep vein. If this blood clot gets to the lungs, it can impede blood flow and cause a pulmonary embolism, which can be fatal.

Cancer can spread from the lungs to the spine, which can compress the vertebrae, causing back pain, weakness and difficulty walking. According to one study, this condition can affect about 28 percent of people with it.

World AIDS Day is marked on December 1 every...
Health

The liver plays a crucial role in the body's...