In this article, I m going to list some special South African Indigenous Foods You Should Try. 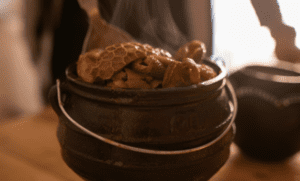 Muhodu is the South African word for tripe. This is one of the most famous dishes in Mzansi. Many people have come forward to say how much they appreciate it, with some even stating that they would eat it every day if they could, while others prefer to consume it in the winter. However, if not properly prepared, it is the perfect food to be despised. 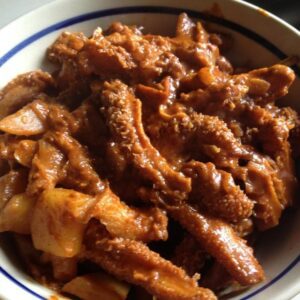 Like most organ meats, muhodu is highly nutritious and beneficial to health. Tripe is rich in B vitamins and minerals, such as calcium, iron, magnesium, phosphorus, zinc, manganese, and selenium, as well as being a good source of protein.

Muhodu contains many minerals, such as selenium, zinc and vitamin B12. The fat content is lower than that of most other meats. A 3-ounce beef steak contains 14.5 grams of fat, while tripe contains only 3.4 grams.

Muhodu is a fantastic addition to your weight loss regimen due to its low carbohydrate content. Low-carb diets lower insulin levels, causing the body to burn stored fat for energy and resulting in weight loss. 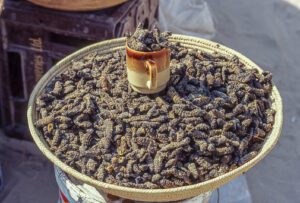 Mopani worms are a popular dish eaten by many people throughout southern Africa. Some people choose to refer to Mopani worms simply as caterpillars. As the name “Mopani worms” comes from the food source for the worms which are the leaves of the Mopani tree. They are mostly consumed in countries such as South Africa, Botswana and Zimbabwe. 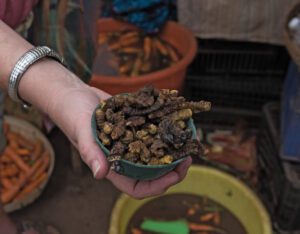 Mopani worms are rich in proteins, fats and minerals. Research studies on Mopani worms suggest that Mopani worms contain higher protein than other sources such as chicken and milk.

In rural areas, worms are an affordable protein supplement. It is also advisable to feed young children with pounded mopani worms, as it improves growth in young children. 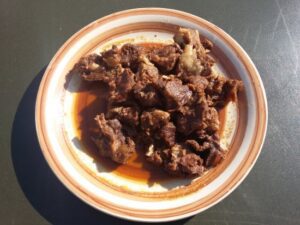 In many countries, when cows are killed for meat, the heads are thrown in the trash. This is because many people don’t believe that the meat of a cow’s head should be eaten. But in South Africa, some people have a strong craving for cow’s head meat. Many people sell it and eat it.

In South Africa, the meat is called “skop”. Men who eat it say it’s cheaper than other meats and tastier. 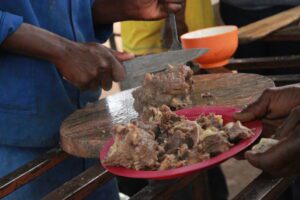 Rich in vitamins and minerals (12.8% / cal) – a good source of vitamin B12, zinc, selenium, phosphorus, vitamin B6 and iron. Contains a moderate number of risky components which may include saturated fat, cholesterol and sodium (0.03% / oz). Good source of protein (52% DV / 100g). 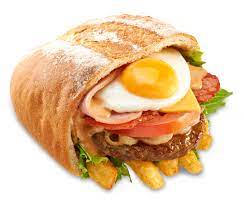 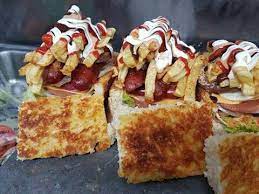 It is made from a quarter of bread hollowed out and filled with a variety of ingredients, often fries, sausage, eggs, beef patty, cheese, polony, and atchar.

Also Read: Unhealthy Foods, Including Junks You Should Avoid 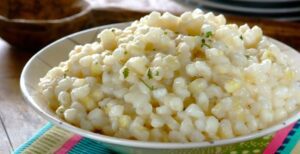 Samp is one of South African Indigenous foods consisting of dried corn kernels that have been pounded and ground to break, but not finely ground like rice flour or honey rice. The coating around the core loosens and is removed during the hammering and stamping process. 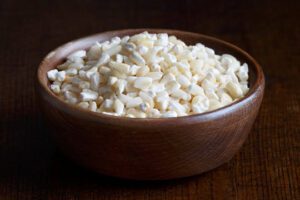 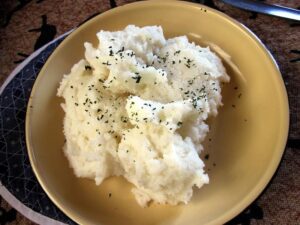 Pap is a kind of porridge made from cornmeal and can be cooked to be liquid, soft, or firm. Any time of day is a great time to enjoy pap – breakfast, lunch, or dinner. It’s a staple in many homes.

Pap can be enjoyed with sugar and milk for breakfast or meat and vegetables for lunch and dinner; it can also be watered down to make a tasty drink called Mageu. There are also many complex ways to prepare baby food, depending on the tribe, for example Xhosa, Venda, Zulu or Sepedi.

Celebrations and occasions such as funerals are very important to tell the story of South African food. These occasions are truly a group effort: everyone in the community has a role to play in making the event run. In the event of a wedding, a white flag is hoisted at the gate of the family home weeks before the date to alert passers-by of the impending nuptials.

How is Pap Made? 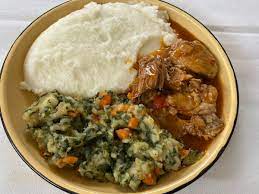 Traditionally, It is made by soaking the corn (fresh or dried) for a number of days to ferment, then grinding the corn and passing through a sieve to separate the chaff from the starch. 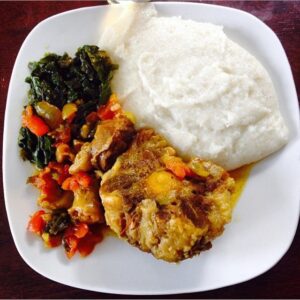 Pap is high in potassium and low in sodium, making it an ideal food for people with high blood pressure, as well as those who want to keep their blood pressure in check or avoid developing hypertension.

There are several seasonal fruits that are at risk...
Food

12 Nutritional and Spiritual Benefits of Akwu

Uncover the amazing health benefits of Akwu extracts and...
Food

This article is about the Health Benefits of Kuli...
Food

The bitter leaf plant is a native African herbal...