Stephanie Okereke-Linus, a Nollywood actress, and her husband Idahosa Linus have welcomed their second child.

“A princely arrival with thanks and appreciation to our Heavenly Father, we are thrilled to share with you the announcement of the birth of our second child whose entrance has drenched us in an immeasurable joy,” she said besides a photo of herself and her husband.

“Indeed, the Lord has abundantly rewarded us, and our hearts are overflowing with eternal thankfulness.” His name is exalted.

Stephanie’s marriage to Super Eagles footballer Chikelue Iloenyosi was called off in 2012, and the couple married soon after. In a secret ceremony in France, the pair married and just celebrated their ninth wedding anniversary.

They welcomed their first baby in 2015. 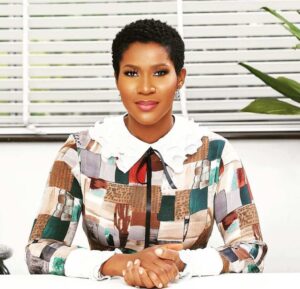 Stephanie Okereke is an Igbo woman born in Ngor Okpala, Imo State. She was born the sixth child out of 8 children of her parents Mrs. Mary and Mr. Chima Okereke are eight children.

The actress had her primary & secondary education in Delta State before she moved to study English and Literary Studies. at the University of Calabar, in Cross River State. She runs a blog, Stephanie daily, where she shares her lifestyle and opinion on fashion, food, and relationships.

See also Procrastination: Quick Guides to Getting Rid of It

She was also runner-up in the 2002 beauty pageant for the most beautiful girl in Nigeria. The Nigerian government awarded her the national honor of Member of the Order of the Federal Republic in 2011.

Who is Stephanie Okereke’s husband 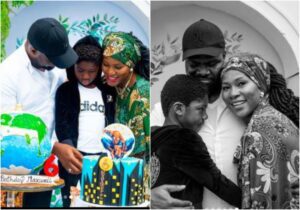 Linus Idahosa, Stephanie Okereke’s husband, is a prominent media strategist born in Edo state on August 25, 1982. In Nigeria, he is CNN’s accredited reporting agent. Idahosa is also the founder and CEO of Del-York International, a Nigerian subsidiary of the New York Film Academy.

Linus Idahosa supports African culture in his films, emphasizing how important it is for cultural and socio-economic progress, as well as for transnational interchange. It aspires to bring local African literature and art to a global audience. During the 2018 Edo state government elections, the media mogul ran for governor. He agrees with the idea that young Nigerians should be in the country’s political processes.

Stephanie Okereke was the wife of Super Eagles star Chikeue Iloenyosi before marrying Linus. Chikelue and Stephanie married in 2004 but divorced in 2012 due to a dispute involving Chikelue’s legal marriage to a US woman.

Stephanie married Linus Idahosa after her previous marriage ended in disaster. The wedding took place in April 2012 in Paris, France, and attended by members of their family as well as some Nollywood stars and actors.

The 13-year-old Nigerian-born Emmanuella Mayaki has set a new...
Celebrity

The Police Command in Enugu State says it has...
Celebrity

2023: Kanayo O Kanayo Advises Nigerians to Come Out And Vote

Ahead of the 2023 general elections, Veteran actor, Kanayo...