More Holes in Bola Tinubu Story – A Cameo From the Children.

By the time Tinubu informed US authorities that he was a humble treasurer at Mobil with $ 2,400 a month after apparently being Deloitte’s most generously paid young accountant in the world, he was doing some decidedly not humble things in the background.

While working on this story, a bit of research through the United States real estate registers revealed some gems like this one from the Land Records Department of Prince George County, Maryland. 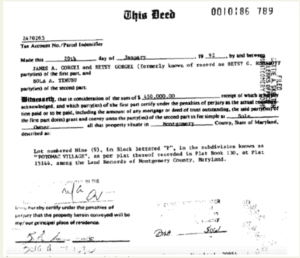 This is how the property appears for reference. 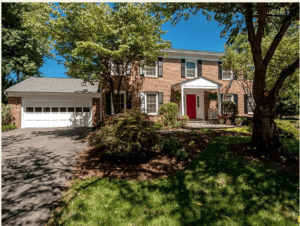 This was about 10 days before he turned around Agent Moss, denying that he had a financial relationship with his heroin-trafficking friends Agbele and Akande. The obvious question raised here is about timing. Was Tinubu trying to hide the money from the US authorities by parking it in buildings once he realized it was on him? Where did the funds come from to carry out this transaction, at a time when his accounts were being frozen right, left and center?

More searches of real estate documents raise even more questions about many other parts of Tinubu’s accepted history, including his self-characterization as a muddy hero of the democratic struggle and the NADECO movement under General Sani Abacha. In the aforementioned interview, he said that following the Abacha coup and his eventual exit from Nigeria, he was forced to live almost like a poor man after the Nigerian government stripped him of everything he had. Describing his weary but triumphant return home from exile, he said: 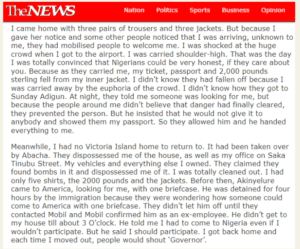 The Prince George’s County Land Records Department, however, begs to disagree, since this shows our tragically poor hero of the NADECO battle nonchalantly paying the meager amount of $147,000 in 1995 for a three-bedroom, 1668 square foot home at 12625 Hillmeade Station Drive, Prince Georges, Maryland 20720. When he sold it three years later, he would go on to pocket a nice $13,000 profit. 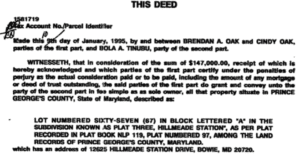 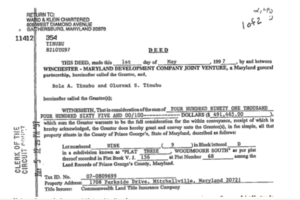 What is more, these weird transactions did not end in 1999 or stop with our hero and his wife. Even their 2 youngest children, Habibat Oyindamola Tinubu and Zainab Abisola Tinubu got in on the act fairly recently

Zainab and Habibat Tinubu Boston’s Berklee College Graduation in 2013
Aged 32 and 30 respectively, 2 of the 3 youngest members of Bola Tinubu’s family have managed to escape scrutiny, mostly because Freedom Of Information in Nigeria is still more aspiration than fact. Not so in America, where a plethora of services can pull up all kinds of records including birthdays, criminal convictions and real estate transactions. Especially real estate transactions. 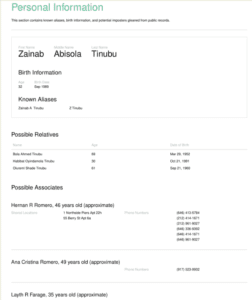 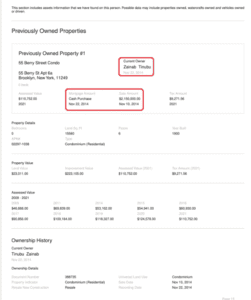 Or in real estate deals, the 22-year-old sister of the 25-year-old, who just graduated from music school and had no known source of income, was able to pay $2,400,000 in cash to purchase a luxurious apartment at 255 Hudson Street, New York, NY 10013 using a 1-inch-thick fig leaf that was a company she herself owned. 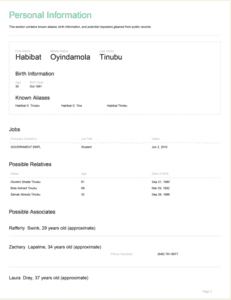 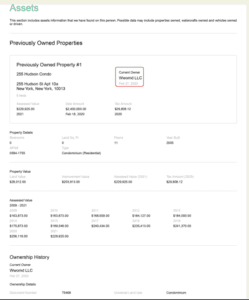 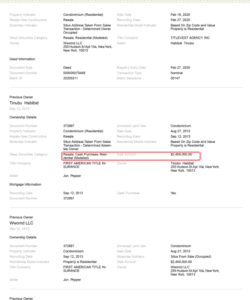 It’s reasonable to suggest that Bola Tinubu’s excellent fortune may have a hereditary component. What are the chances that the only junior accountant in the world to receive a $850,000 bonus on a single engagement will later give birth to kids who spend millions of dollars on luxury real estate in New York City while unemployed and without a reliable source of income? Unfortunately, here we are.